The start of our three month trip to the Northern Territory with a few detours. Leaving home in mid-April we travelled to my sister’s property in central Queensland for two weeks where we unexpectedly carried out lots of gardening – some thanks to ex-TC Debbie and lending a helping hand. 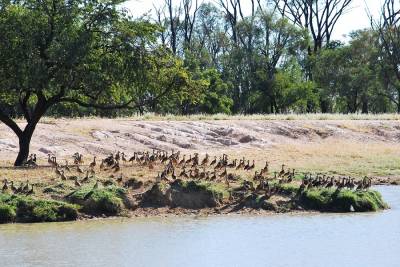 Ducks on a Dam 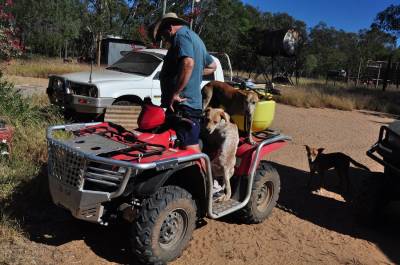 Working dogs! Now where I am I going to sit?

This was followed by a quick trip to Mackay for an early celebration of a sister-in-law’s 70th birthday and to catch up with other relatives.

It was then onto another nephew’s place just west of Charters Towers where we spent an extra day waiting for the rain to ease in Townsville.  I swear we must have upset the weather gods at some time as this has been three out of four trips where we have been impacted by heavy rain. 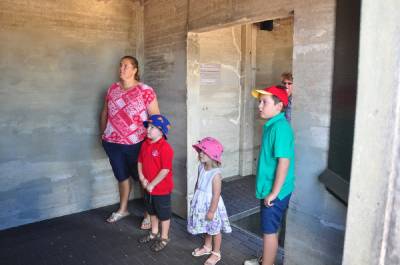 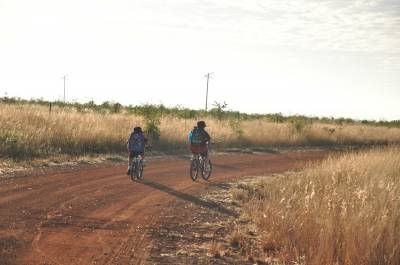 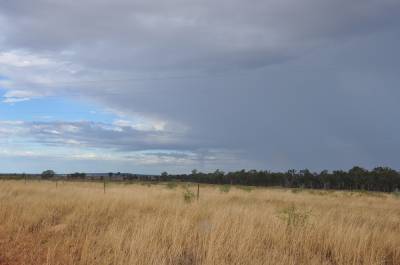 The rain is coming.

Our first sight-seeing trip in Townsville was to the Bowling Green Bay Picnic Area where we went for a short walk to the lookout and the swimming hole.  The water was far too cold for swimming (I thought so anyway although there were a few brave souls in swimming). Next day started with a visit to the Markets in Flinders Street before a walk from one end to the other and back along The Strand.  It really is a lovely walk along the Strand – full credit to the Townsville Council as they have done a very good job - and it was so good to see so many people out walking, running, exercising their dogs, cycling and just enjoying the beautiful weather. 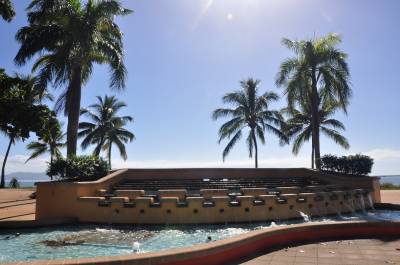 This was followed by a picturesque drive up to Mount Stuart for a view over Townsville and surrounds. We also went for a walk along Riverway - another great park for walking, jogging, exercising the dog and just relaxing 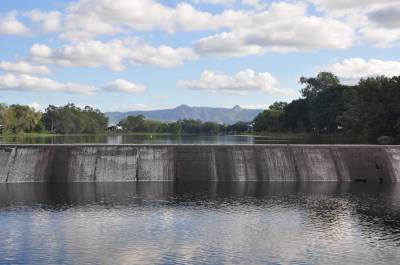 Next morning, we started our exploring with a visit to Reef HQ.  Another very interesting place.  There were lots of volunteers eagerly waiting to answer any questions and at various intervals gave a little talk on different species. 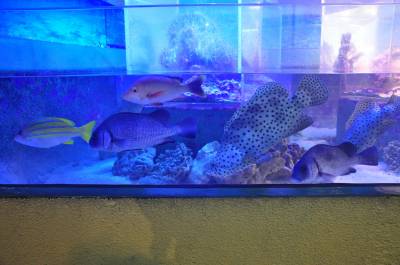 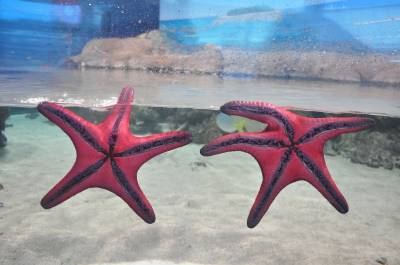 From Reef HQ we drove up the Hervey Range where we had lunch at the Hervey Range Heritage Tearooms.  A very nice lunch and no, I did not have a ‘cat poo’ coffee.  I don’t think I would drink it even if it was free let alone pay $50 for one cup! 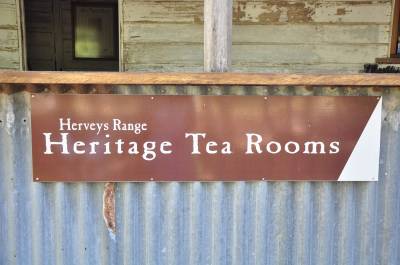 Back to Townsville and a walk around Queens Park, one of the four Botanic Gardens in Townsville.  Queens Park is the oldest and smallest.  It was a bit disappointing to see the bird aviary closed but still some lovely old trees. 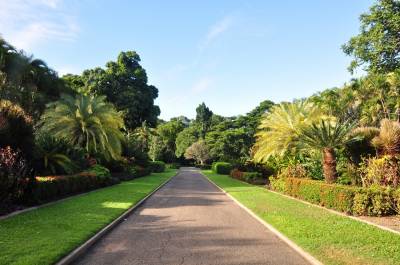 We did a Military Historical Tour and Scenic Tour which was an all day tour.  The Military Tour was very interesting, visiting Jezzine Barracks, the RAAF Museum, drive to Lavarack Barracks and the Black Hawk disaster memorial at the Palmetum Gardens (another of Townsville’s Botanic gardens).  I preferred the Palmetum gardens as they were a lot more tropical and had many, many different palms.  The Scenic Tour took us to Castle Hill Lookout, Jezzine Barracks (while the others on the tour visited the old fort at Jezzine Barracks we did the newly constructed boardwalk to Rowes Bay), the Port and Casino, historical buildings and the site of the future Cowboys Stadium. 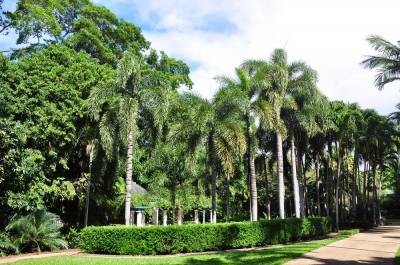 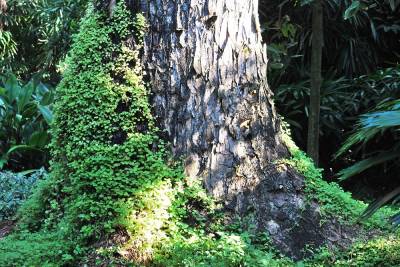 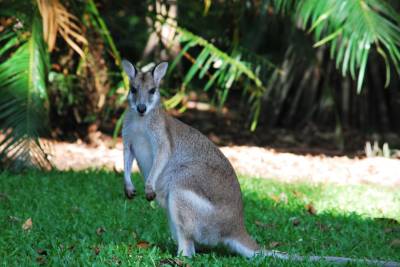 I was surprised to see kangaroos and wallabies living in the Palmetum Gardens as it is in the middle of Townsville.

On our final day in Townsville we made a trip over to Magnetic Island.  In trying to decide the best way to see the most of the island in one day, we decided to do a half day cruise around the island.  It is not exactly ‘around’ the island but it depends on the weather which way the cruise goes.  I am pleased we decided on the cruise as it was a highlight of our time in Townsville.  Firstly we cruised past where the original jetties were and the skipper pointed out some of the different bays and rock formations, including Orchid Rock before coming back to a favourite fishing spot where everyone had a fish.  I think most people caught at least one fish but unfortunately none were big enough to keep. 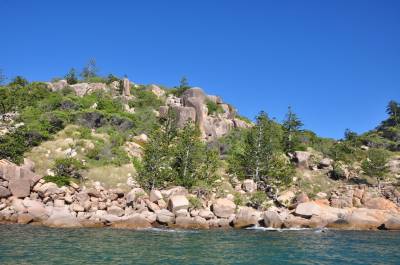 Pity it was under-size. and the giant Cod. 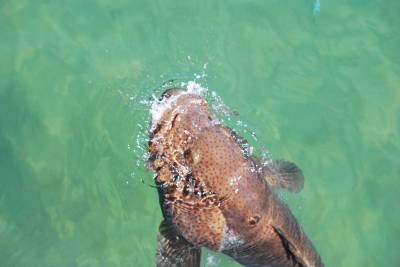 Some were even silly enough to go snorkelling with the cod and other fish. 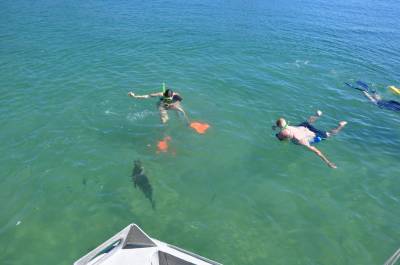 We stopped at another spot where we fed the Bat fish and some juvenile black tip Reef sharks and some people also went snorkelling. Can you spot the whale?

We then returned to Nelly Bay and a bus trip to Picnic Bay for an ice-cream before catching the ferry back to Townsville.