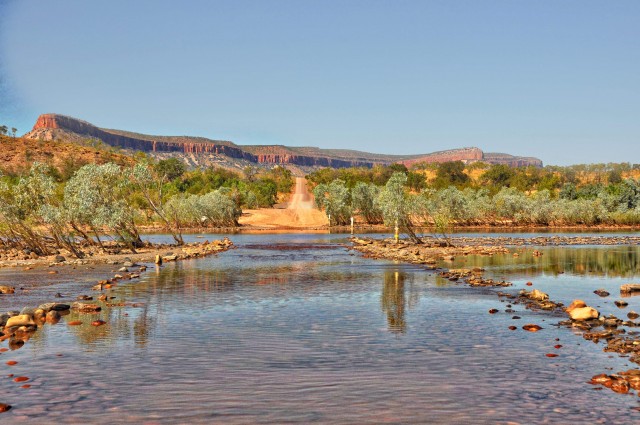 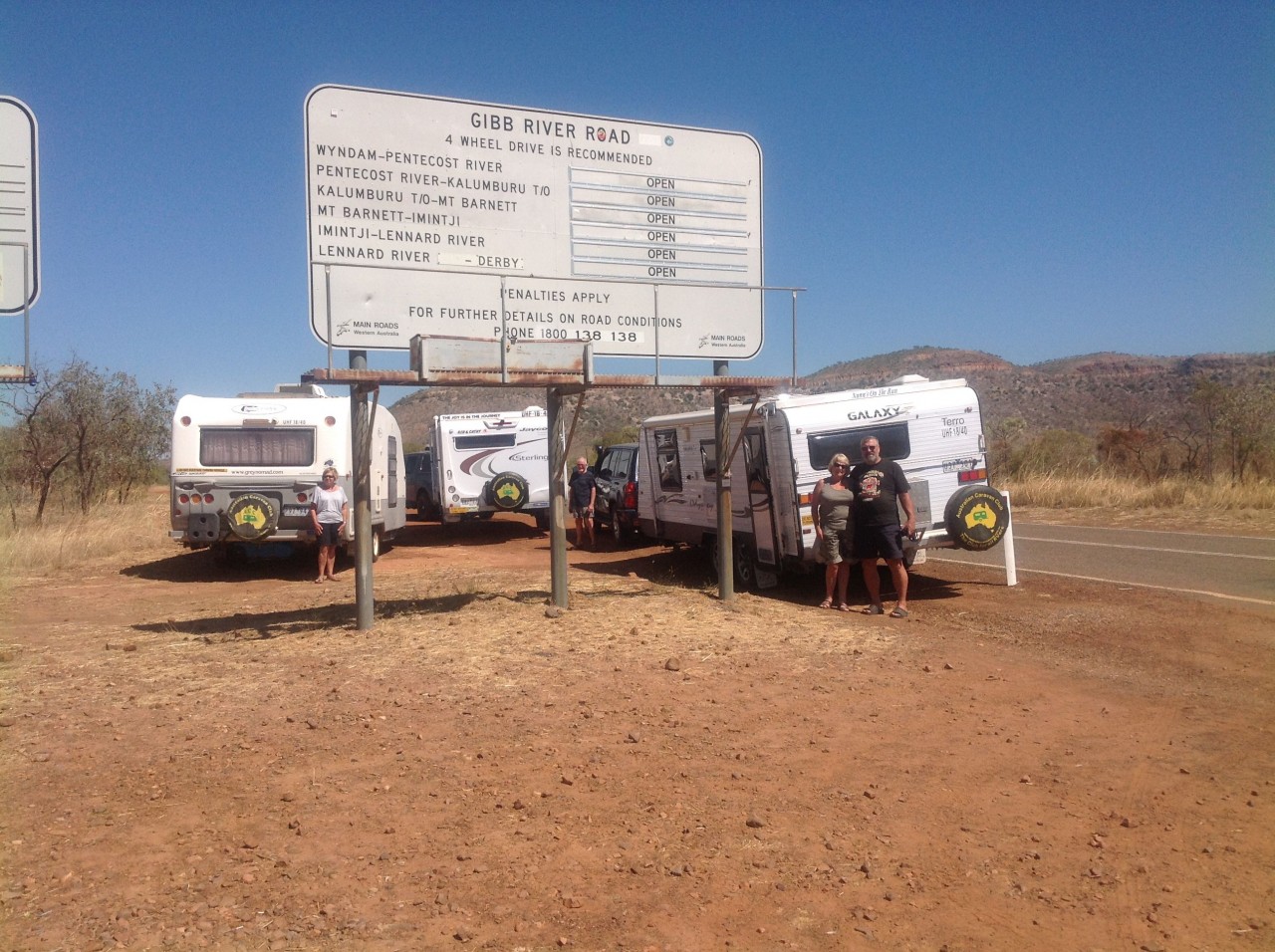 First stop was at the eastern end for a group shot. 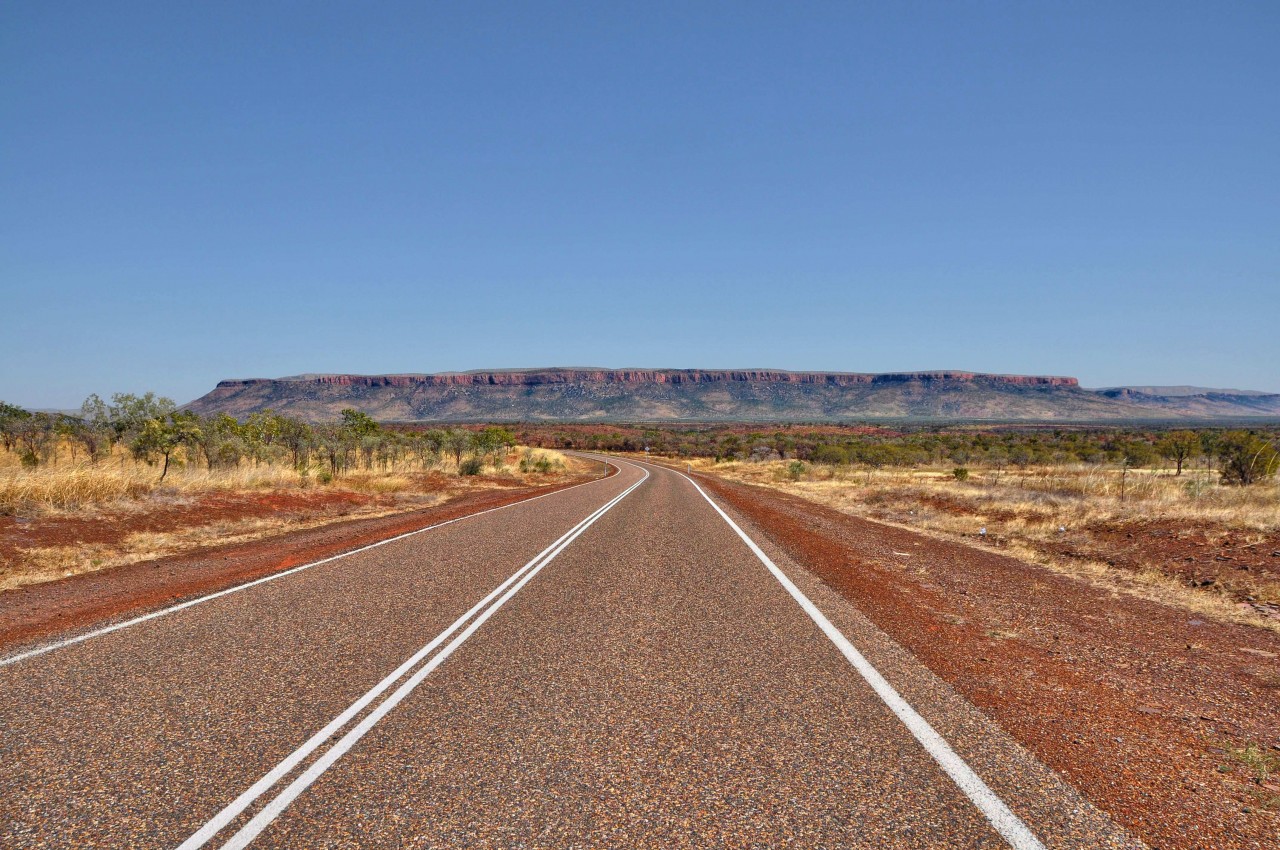 Then off down the road towards the Cockburn Ranges. The bitumen didn’t last long and we stopped just past the El Questro turnoff to lower our tyre pressures to something more suitable for running on the rough stuff.  We dropped ours to 24PSI for the cruiser and 28PSI for the van.  Had no tyre problems at all. 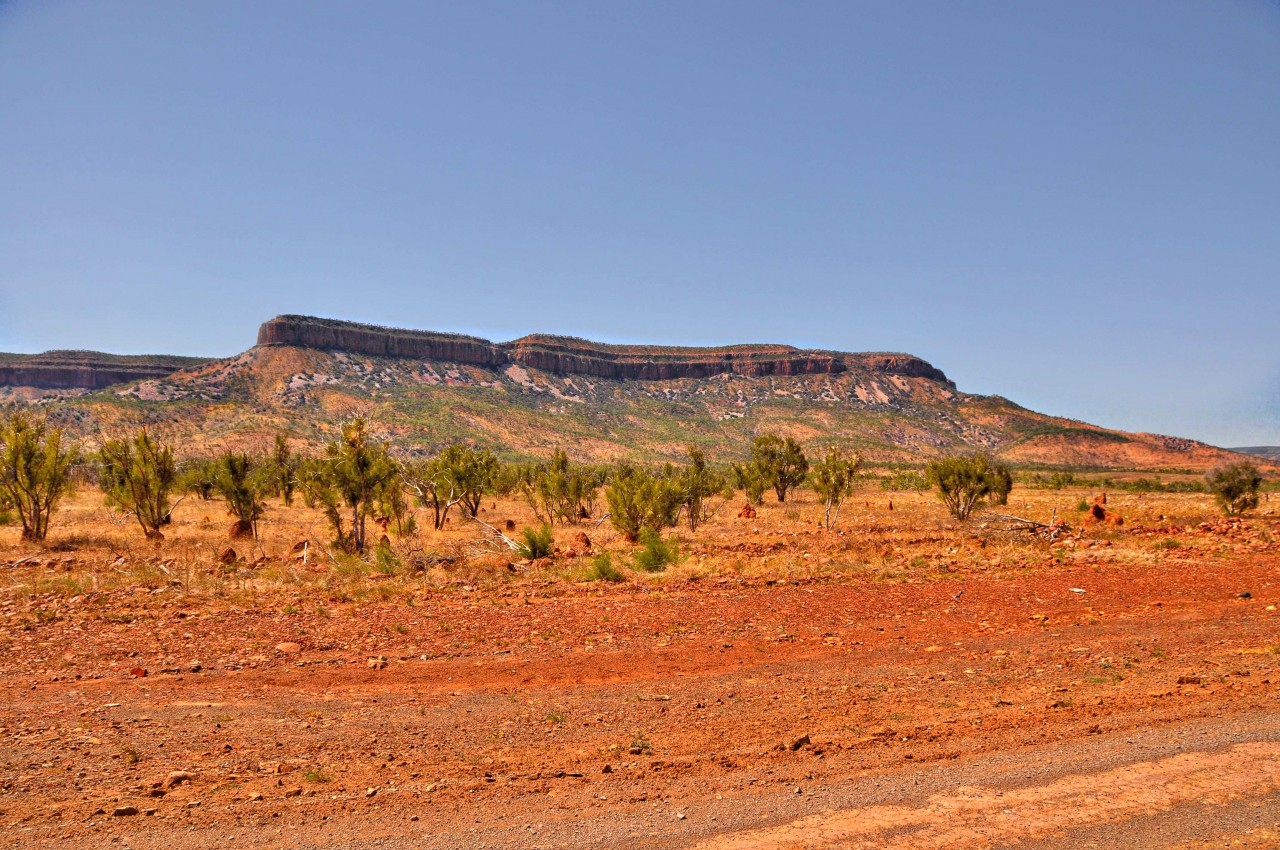 The Cockburn Ranges are spectacular. And the road was not too bad. 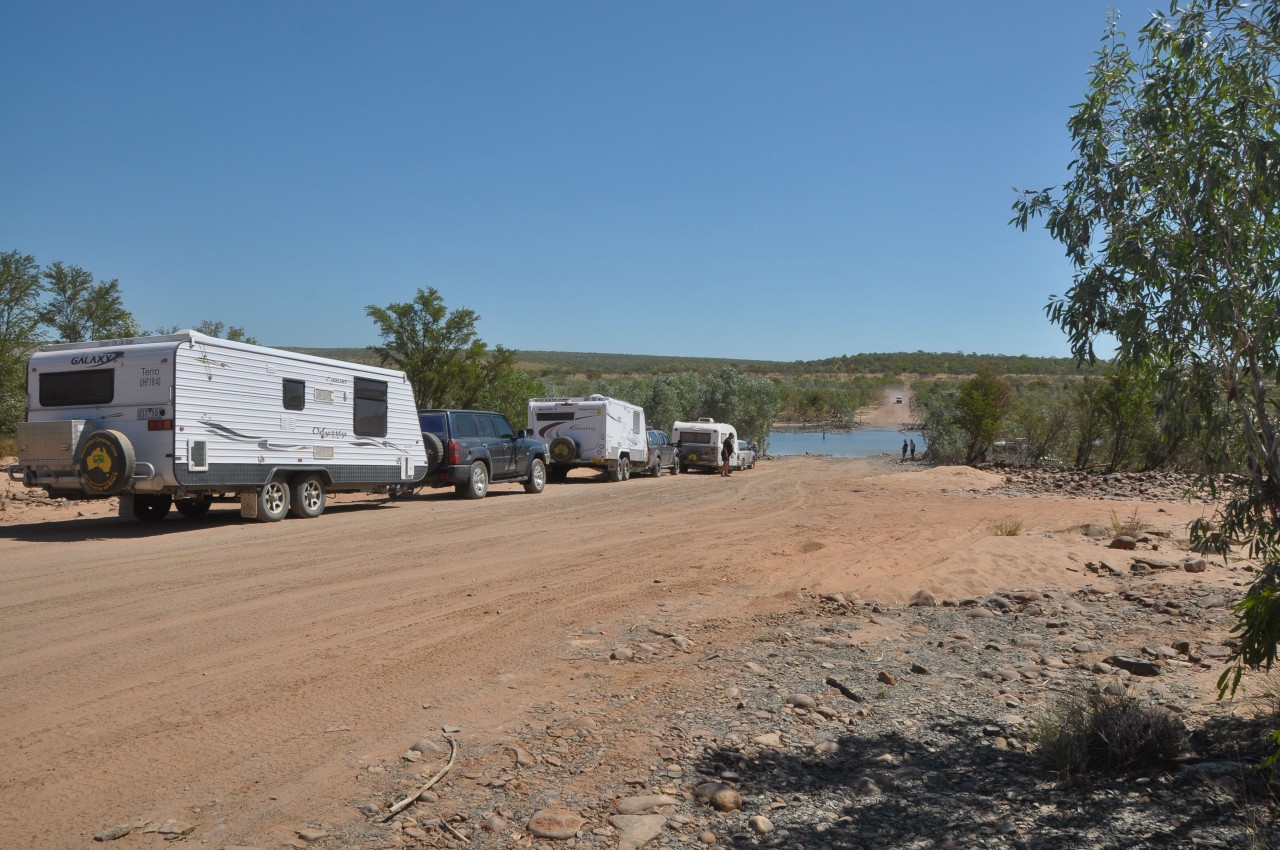 We arrived at the Pentacost River crossing. I was the first across. 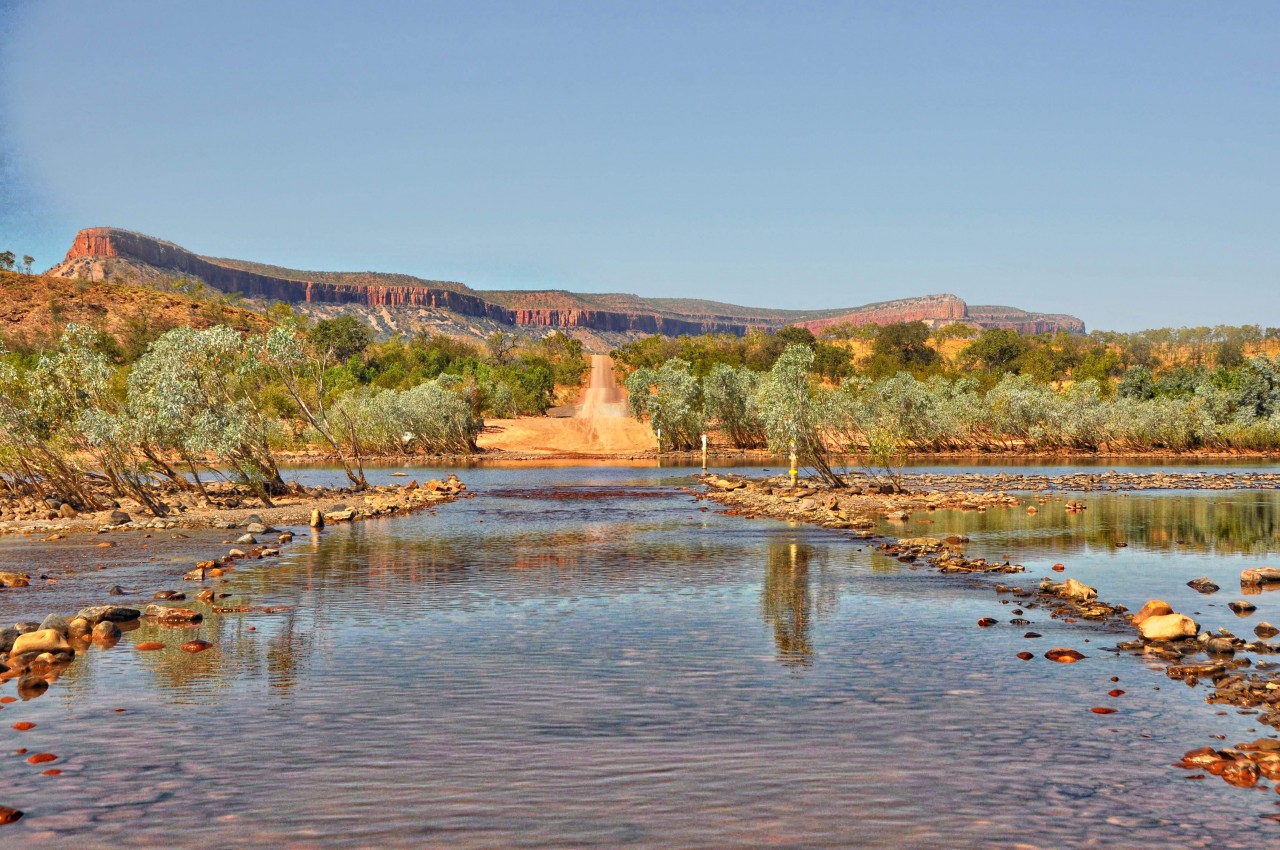 We all crossed safely and headed further south. 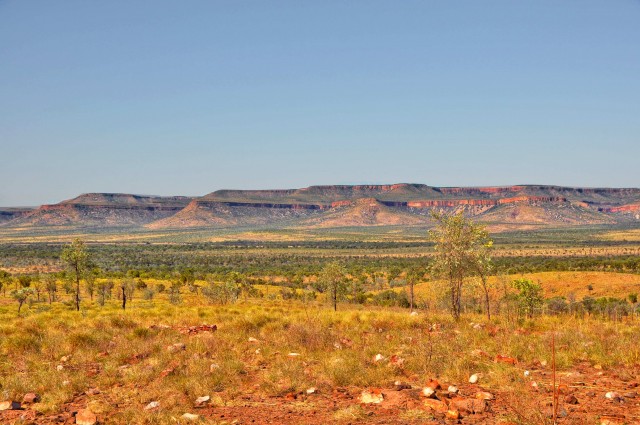 We stopped at a Photo-Op location just past Home Valley Station.  We were doing one of our routine checks on our hub temperatures when I found one of my van hubs was running hot. The Management sorted it. We got the hub off after letting it cool down.  Turned out the brake shoes were on a little too tight.  We adjusted the brakes, bunged a little more grease in the bearings put it all back together and set off again. We found a great camp not far further down the road that had a view over the Cockburn Ranges, the Pentecost River and the confluence of the rivers at Wyndham.  It also had decent Telstra connection, the last on the Gibb River Road. It was my birthday so we applied our skills with the camp ovens and cooked up a dinner of lamb shanks and a chocolate cake, with candles, for desert. I thought it was an appropriate occasion to have another cigar.  A Cohiba Behike, courtesy of a Qatari Prince.  Very nice. The Gibb wasn’t too bad, but some of the roads leading off it were pretty rugged.  This was the road to Ellenbrae Station and we’d pulled up to help a couple of guys in a Prado.  They said they’d heard a bang and then some thumping noises.  I had a look and found a blown shocker on the front driver’s side wheel.  The rest of the management agreed with the prognosis.  We told them to lower their tyre pressures and slow down a little. 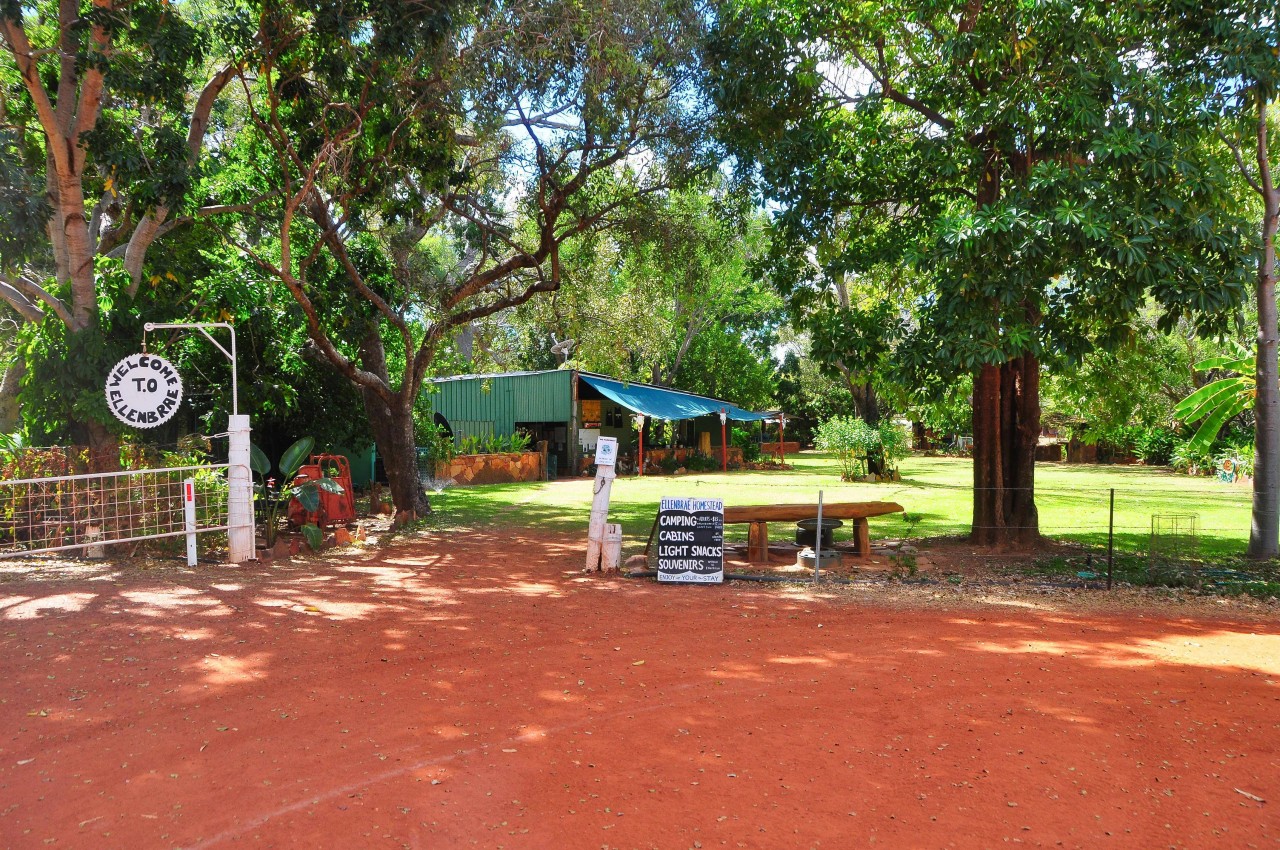 Ellenbrae Station was a pleasant green spot and we stayed their for lunch. 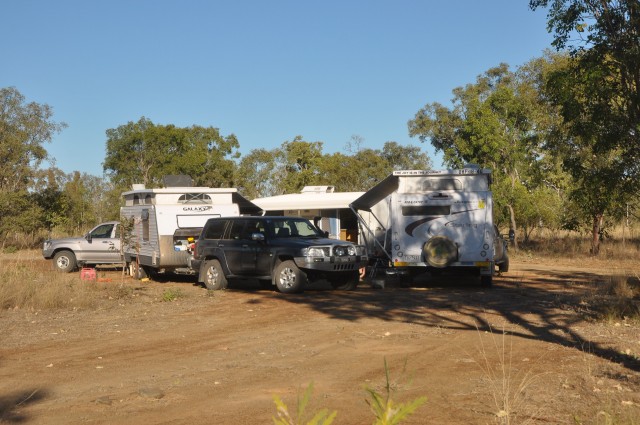 We circled the wagons at Russ Creek that night.  A good camp spot well back from the road and nice and flat. We turned right at the Kalumburu Road and headed on up to Drysdale Station.  The road was pretty rough so we kept the speed right down. We came across an 80 Series Landcruiser abandoned and being stripped on the side of the road.  Apparently a local bloke died in it and it was left there to rot (the car not the local) We arrived at Drysdale Station and settled in for a few days. We arranged the vans in our “Circle the Wagons” configuration.  No power, no water, $15 per person per night. The place was quite busy with a large number of motorcycle riders camping there.  Beer was around $8 a stubby. The Kimberley Burger was pretty tasty, and should have been for $18 for lunch or $26 for dinner (with chips). We cooled off in Miner’s Pool just up the road from the station. We cooked up a side of beef in the camp oven. For Terry and Rosemary’s Wedding Anniversary. 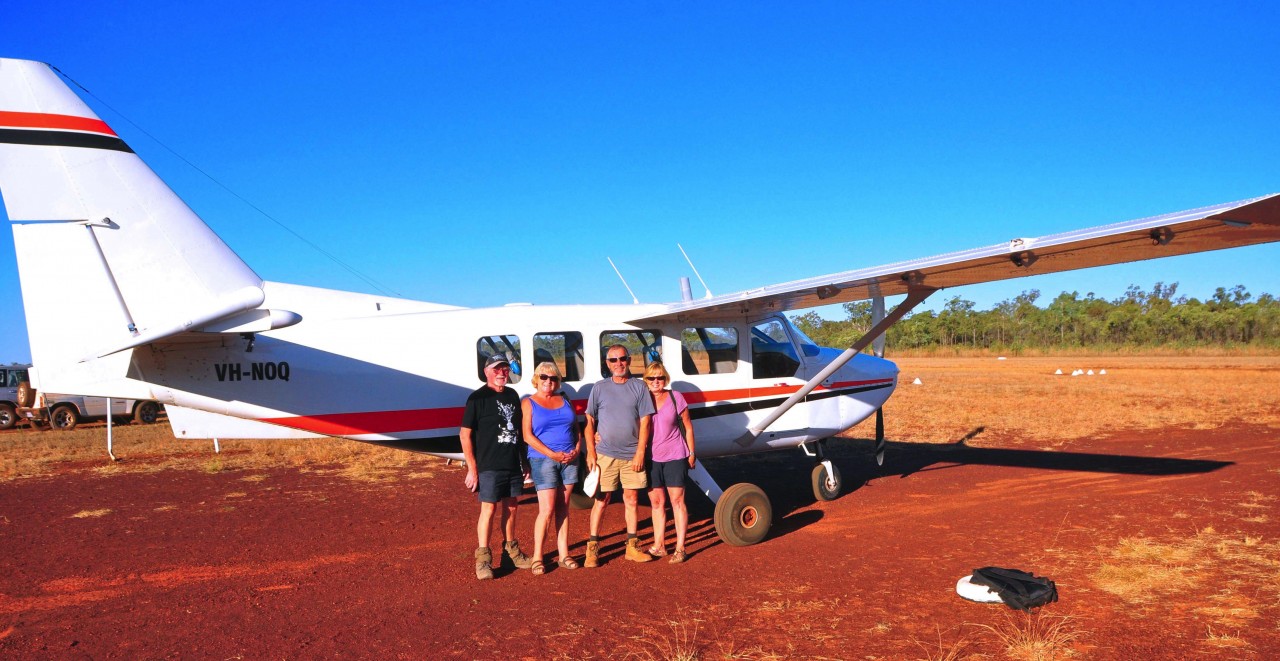 We thought the road out to Mitchell Falls was just a little too rough for comfort so we booked a flight.