The Australian Caravan Club (ACC) today announced that John Snell from New South Wales has been appointed as a Director until the next Annual General meeting in 2019. 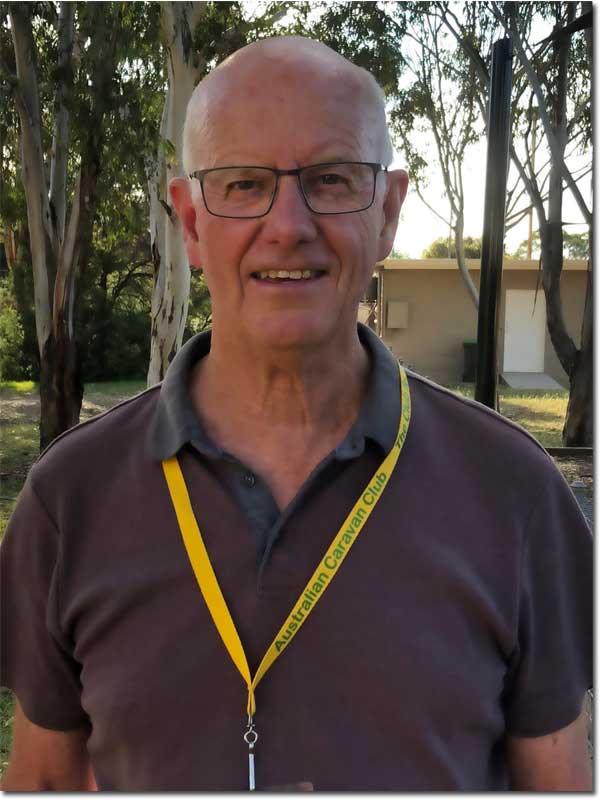 “I am pleased that John has accepted the invitation to join the Board as he brings a wealth of professional experience and RV knowledge to the table.  John Retired in 2011 after 44 years in the financial services industry spending the last 30 years in a legal support role for retail and business bankers. Together with his wife Kathy they immediately took up caravanning and joined the ACC. “said ACC Chairman Craig Humphrey.

“We have had a vacancy for a number of months with current Board members carrying additional duties and this appointment brings the Board to 6 as per the constitution.  John will relinquish his ACC Golden Westerners Branch Secretary role from today and immediately fill the Board position” said Mr Humphrey.

“I’m delighted to join the Board and continue to work within the Club. It is an exciting time to be a part of the ACC and I’m looking forward to working at a different level for our members. I’ve spent quite a number of years within the club in a variety of positions and this will provide great background for the Board role” said Mr Snell

“I have held roles as Vice President and Secretary for many years in the ACC Golden Westerners branch.  Also In 2013 I joined the ACC policy team undertaking research for a number of ACC initiatives” noted Mr Snell.

John has spent his life living in Sydney and besides caravanning enjoys spending time with their two married children and five grandchildren.

“John’s appointment, along with fellow director Deb Bott’s election at this year’s AGM adds a great depth of experience to the Board as they both have spent many years working in and around the Club. As I constantly say the  strength in our Club is the members and thank both members for joining board” said Mr Humphrey.