The Kingaroy Showgrounds is expected to be filled to capacity next month when the Australian Caravan Club (ACC) holds its first Chairman’s muster for 2017, Club Chairman Craig Humphrey said today.

The Chairman’s muster will be held at the Kingaroy Showgrounds from 9 to 14 March 2017.

“All sites that can be serviced with power and water are taken and we are now only able to accept registrations from members who have RVs with their own power and water,” said Mr Humphrey. “In fact, we have a waiting list for serviced sites.”

“When we first mooted the idea of a Chairman’s muster at Kingaroy, there was quite a lot of interest from our members.”

“As a South-East Queenslander myself, I knew that there was a lot to see and do in and around Kingaroy and our Club has extensively advertised this to our members.   We knew registrations would be higher than usual but we had no idea the interest would be more than double.” 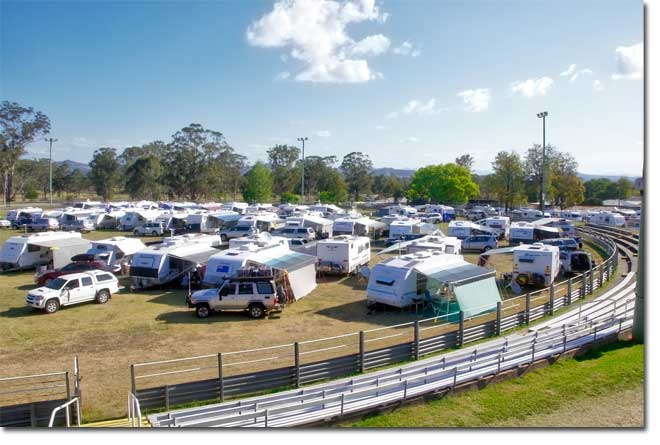 “The larger than expected number of registrations has proved logistically challenging, but nothing that has not been able to be resolved.”

Mr Humphrey said that the Club holds one National Muster each year which attracts over 400 people in over 200 RVs.   As well as the National Muster, two Chairman’s musters are held annually at different regional locations.

“Chairman’s musters are less formal than National Musters.  They were introduced to provide an opportunity for the Chairman to engage with members at Happy Hour and other events and chat about the Club in a casual and friendly environment.”

“There is also plenty of time for members to take in the various attractions that the region has to offer and to share friendships and adventure with like-minded people,” Mr Humphrey said.